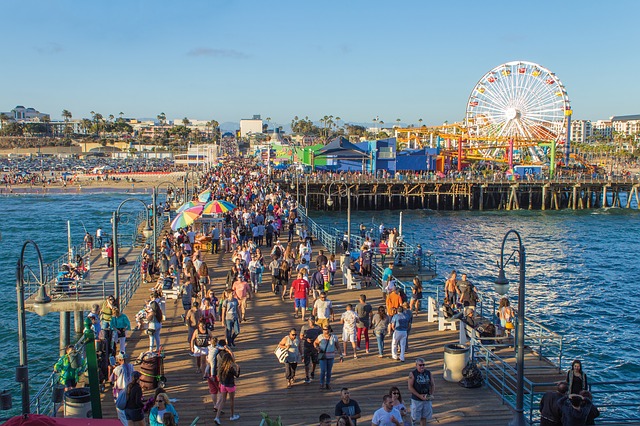 Seattle truly is an amazing place to live in. There are many amazing things to be said about living there no matter your age. Seattle is a city loved by both the young and the elderly for dozens of reasons. But people have lots of reasons for leaving Seattle. It doesn’t mean it is not a good place to live in but just that people’s needs are changing. A lot of young people leave Seattle in order to experience what it is like living in another big city that is much different from Seattle. And one city among them is Los Angeles. Even though both Seattle and LA are located in the same part of the country, they have lots of differences.

Seattle is the perfect place for young people thinking of starting a family as there are lots of family-friendly neighborhoods and activities. On the other hand, Los Angeles is a city where you go to improve your social position, your career, and have lots of fun while doing both. As more and more people leave Seattle for Los Angeles, we as an LA moving company have decided to tell you more about just what are some of the things you have to take into consideration if considering to leave Seattle for Los Angeles.

The first thing we have to mention that is the biggest issue for a lot of people after moving to LA especially from a city like Seattle is the cost of living. The cost of living in LA is very high. Everything is very expensive. Housing prices are unbelievably high. Especially now that more and more young people have been moving to LA. And this goes for both purchasing and renting a home in LA. It isn’t easy for us to tell you how much money you need approximately. That is something that depends on the part of Los Angeles you are moving to.

The center of Los Angeles is one of the most expensive parts of it, of course. But there are some even more expensive neighborhoods that are located far away from the city center. This is because they are luxurious and prestigious, especially if there are some famous people living there. Yes, moving to such neighborhoods is possible and you should work with experts in this field to help you relocate your belongings from Seattle to LA.

Save up before you leave Seattle for Los Angeles

A lot of people who leave Seattle for Los Angeles end up struggling if they do not save up some money upfront. Even if you do have a well-paying job in LA as soon as you move there, it can be quite difficult to get used to such high pricing after living in Seattle.

Not that Seattle is affordable but it is more affordable than Los Angeles for sure. So, if you really plan on moving to Los Angeles at some point in the future, you need to start saving money as soon as you can. This will save you a lot of stress after moving as you will be financially stable. This is extremely important if you do not manage to find a job in LA before you actually move there.

Moving long distances is not an easy task

If you have decided to leave Seattle for Los Angeles, you need to take into account that this is a very long-distance relocation to have. These two cities are far away from each other which is going to make moving your belongings a true challenge. This is why most people who are doing so are hiring moving assistance for the job. Moving from one state to another is a task that should be handled by professionals. Even if this is not your first time having a long-distance move, hiring moving services is what we recommend doing.

If you are moving with a family, you certainly have lots of things that you are not able to fit into your car and drive over to Los Angles from Seattle. In order to make this possible, hiring portabox.com is the best thing to do. This is where you can fit plenty of things and just ship them to Los Angeles easily. You do not have to do any work except load the storage unit. But for this, you can certainly hire a professional moving company to help out.

So, if your lifelong dream was to move to LA, we say go for it. You have nothing to lose. This is a city where you will gain lots of different experiences, meet new people, try new things, and learn a lot more than you already know.