Is moving out of Los Angeles the right call to make? 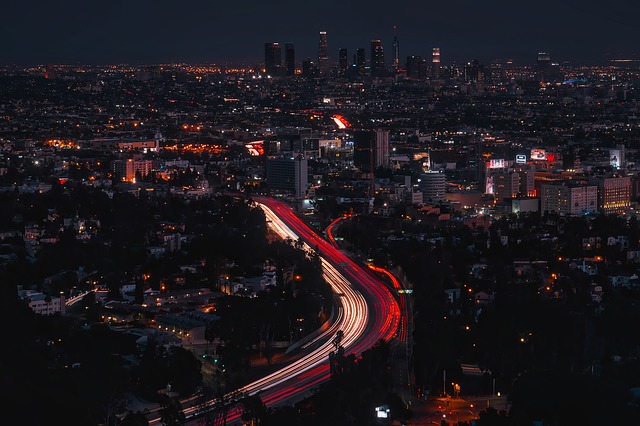 If you have been thinking about moving out of Los Angeles you have to ask yourself first if that is the right thing to do? What if you start missing LA at one point and you want to come back? And what if you are not satisfied with the lifestyle in other cities in America? What is LA is the only right place for you? We can’t answer these questions for you but we can try to help you reconsider if you should leave Los Angeles or stay.

Not many people know this but the number of people who want to move out of LA to another city has increased over the last few years. There are many factors that influence people’s decisions. But there are more people moving to LA than people leaving. So what are the things that make people leave this city where thousands of people move to every year?

Los Angeles is one of the most expensive cities in the United States. Not only when it comes to housing but when it comes to the lifestyle too. The median home price of a regular house in LA is around $600,000. Everything is so expensive. The reason behind this is the number of tourists and people in general. Tourists love coming to LA. That is why the prices are over the roof. And LA is an exclusive city. Not everyone can get the chance to live here so easily. You have to work hard and you also have to find a roommate in LA to be able to pay all the bills and the rent. And if you have been living in LA up to now, you probably also had to work hard in order to keep up with the lifestyle. This is the main reason people are leaving LA.

Everybody always says “I wish it was summer all the time”. And people who live in LA actually do have summer all year round and can do outdoor activities all the time. But sometimes the heat can be unbearable. A lot of people collapse in the heat in the middle of the street. Sunburn is also something you have to watch out for. Not only does it become very dangerous for people on the streets but there are also a lot of wildfires around LA. Every year there is at least one fire in LA that burns down dozens of houses and big parts of woods. When this happens everyone is in danger because wildfires aren’t easy to deal with. The air also gets very polluted because of the smoke and that is why many people in LA deal with asthma.

Wildfires and high temperatures aren’t the only two weather issues Los Angeles has. Earthquakes are another one. They aren’t always big and strong but you never know when they can occur and what damage can they make. Mother nature seems to dislike Los Angeles as much as you do if you are thinking about moving out of Los Angeles.

Because LA is so big, it is not very safe. There are parts of LA you don’t want to visit ever because they are risky and something could happen to you. A lot of pick-pocketers are on the streets of LA every day and if you aren’t careful enough, you might get robbed. Because of the prices and the wildfires that burn down houses, there is a lot of homeless people in LA. People who have lost everything. There are also a lot of drug addicts and alcoholics walking around making a mess. LA is also not very clean because of that. This creates a dangerous environment for children and pets. Safety is a priority for families who have children and that is why they are leaving LA for North Carolina for example. NC is much safer than California.

A lot of people everywhere

Like we already mentioned, LA is a huge city with millions of people and millions of tourists. It can get very crowded. Especially on the streets and on the highways. There are huge amounts of cars traveling to and from LA each day. If you live in LA, you are probably tired of sitting in your car or an Uber for hours because of traffic. This is another reason why people are moving out of Los Angeles.

Not only is there traffic, but there is also a line in every mall, every shop, every coffee place. A lot of people want to use as much of the time as they have and LA simply doesn’t allow that. If you are one of them, JB Movers Los Angeles would gladly relocate you and your family.

Conclusion – Should you be moving out of Los Angeles?

LA is an amazing city but the things that happen there simply can’t be handled by everyone. For some people, it is simply too much. And that is okay. If LA was for everyone we would all be living there. Luckily, the US is a big country with many cities and you can choose where you want to live in. Most people move to North Carolina, New York, and Florida. But other states are welcoming towards LA people as well. You will have to take some time to get used to not living in LA but if moving out of Los Angeles was your wish, you won’t regret it. At least not immediately.

0 responses on "Is moving out of Los Angeles the right call to make?"