Los Angeles vs. NYC – best place to live for artists 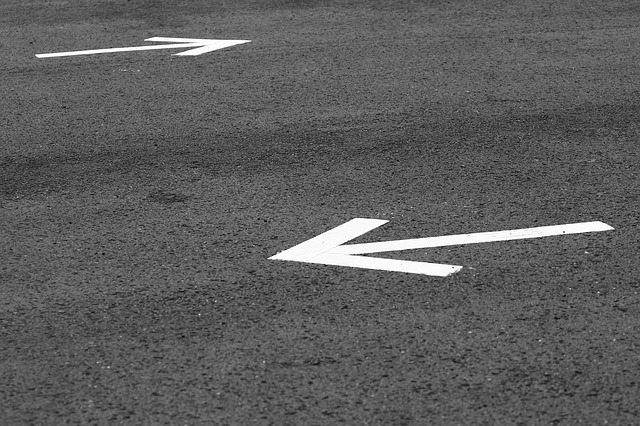 Moving as an artist, there are certain things that you need to consider. While moving your art collection might be the issue for you, it’s not that much of a big deal. However, it’s more important to find a destination that has all that you need as an artist. So, if you’ve been considering Los Angeles or New York City as your new place, just keep on reading. Let’s try to answer the question, Los Angeles vs. NYC – best place to live for artists?

Since forever, people have been comparing Los Angeles and New York City. Living in a world-famous metropolis has its advantages, for sure, but how can this metropolis benefit the rising artist? And which one provides a more fertile ground for artists and their development? Which one can help channel their creativity?

Is New York City the best place to live for artists?

New York City was an artistic hotspot a few couples of decades ago. Street artists, overflowing creativity, and freedom in the air – living in New York in those years was something special. But, has it all changed at some point? Some people believe it’s definitely changed and that Manhattan has become the city of money. For starters the rent is extremely high, chasing away the artists to the east. Next, it’s become about success, not about art anymore, at least, that’s what some think. But are there parts of the city where you can still feel that old vibe? Of course, there are. But, which one of them will make you contact U. Santini Moving and Storage NYC to help you with your move immediately.

Artists and hipsters came to Brooklyn to find the place they can call their home after Manhattan became too expensive for them. Neighborhoods in Brooklyn like Williamsburg or Dumbo is where these artists settled. Also, Borough Park has become a great place for artists. With many art galleries around and art classes, there are plenty of opportunities for creative souls in this neighborhood. However, note that the cost of living in Brooklyn is becoming increasingly higher. So, if you need help moving your home, Borough Park professionals help you move out of your house so that you don’t have to do it by yourself.

Surrounded by numerous skyscrapers, and taxis passing by, trying to squeeze in between tourists – that’s what Midtown Manhattan is like. And while you can find landmarks like Empire State Building here, there’s more to it than that. Decades ago, this was where the main gallery hub was. And today, the importance is as big as ever. In Midtown, you’ll find some great galleries of contemporary and historical art. Here are some of them:

And if you need help settling down into your Midtown apartment, you can contact professionals to help you. That way, just after you move, you can start visiting the galleries, no need to wait.

Or, is LA the best place to live for artists?

Moving from NYC to LA, you’d find a completely different surrounding. In the City of Angeles, it’s not that rare to see people fail. While you can become a success overnight, you can easily become a failure as well. And it’s somehow normal in LA. Here, it’s normal to experiment, even if means occasionally failing. And it really seems encouraging to try, since you can see others around you doing absolutely the same. At the same time, it seems like the city itself is trying to bring itself together while collapsing at the same time. And that’s a beautiful thing to watch as an artist.

Downtown LA might be the best place for artists, for some artists at least. There’s the Arts District with murals, museums and art shops. Here’s also where you can find artist lofts. However, for some artists, it might just feel too upscale, and that’s understandable. But, to change your mind, you should definitely check the Brewery artist colony.

It’s a hip neighborhood, where writers or musicians would buy a home. There are vegan restaurants all around, as well as some art galleries.

Venice is a beachside community filled with relaxed and free individuals.  There’s street art all around, as well as art galleries. However, recently, young professionals seem to think that this is a perfect neighborhood for them, so it’s become a bit fancy.

The cost of living

There is a big difference in the cost of living between NYC and Los Angeles. So, let’s see which one is the best place to live for artists, financially speaking.

Living in the City of New York is expensive, without a doubt. However, in spite of that, artists still seem to find it suitable for life. However, they have been going to Brooklyn, searching for a slightly lower rent. For example, rent for a one-bedroom apartment is around 2.500 dollars per month. So, some artists go to the West Farms neighborhood. Nonetheless, NYC is a financially challenging environment for artists.

It’s important to know what salary you need to live in Los Angeles. And living here is not as expensive as in NYC. That’s the reason why many NYC based artists come to LA. For lower rent, they can get a better and larger apartments and studios. However, there’s a downside and it’s the cost of transportation. The public transport is so bad here that you’ll need a car. And having a car in Los Angeles is not so cheap, comparing it to the monthly ticket in NYC.

Your choice to make

We can speak about which one is the best place for artists to live, NYC or LA. But, no one can make a choice for you. You have to decide which metropolis brings out the best in you as an artist and which one will make you flourish.

0 responses on "Los Angeles vs. NYC - best place to live for artists"