How to connect with new neighbors? 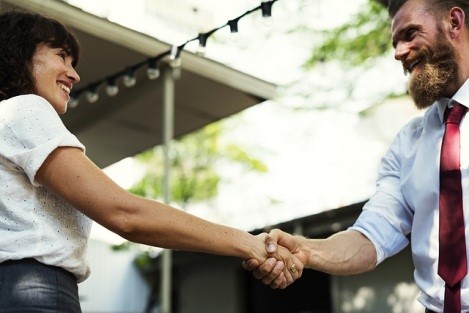 Moving to a new home, a new city or even a new country means you’re poised to get to know some new people. Sounds exciting, isn’t it? Or maybe a bit stressing and frightening? It pretty much depends on your personality type, whether you’re an extrovert or an introvert person. But whatever you may be, you’ve moved in and you need to connect with new neighbors. Here are a few ways to do just that.

You’ve just moved in and there’s so much to do. There are tons of packages waiting to be unpacked, all the stuff you need to place in your new wardrobe and around the new home and there’s usually some minor stuff you need to fix or change so that you finally feel at home. Being so occupied with these matters will sometimes leave you with no time to go out and connect with your new neighbors.

Or it might be with no interest maybe? If you’re a true introvert, you’re certainly not looking forward to knocking on your neighbors’ doors and introducing yourself. But this is exactly what you need to do and for a few reasons:

OK, but how to do it if you’re not really looking forward to it? Do it as soon as possible since it makes more sense and keep in mind that your neighbors are actually as much interested to meet you. They’d like to know who’s just moved in next to them, so they’ll be happy to meet you.

Start up a conversation

Some people do it naturally. They start chatting straight away when they come across people they’ve just met. They don’t think about it, don’t plan and don’t pressure themselves over it – they just do it. If you’re one of those people, you don’t need a guide to do so. But if you’re not, read on.

You might be dreading the moment, but it’s the best time to start up a conversation after you’ve just moved into your new home. You probably have tons of questions regarding your new neighborhood, so just ask them out loud. Do you want to know about the best local restaurants, community events or dog-friendly parks? Everyone will be happy to help and the short convo will serve as a perfect icebreaker between the two of you. You can take some cookies with you as well.

Remember to avoid certain topics with people you’re not friends with (at least not yet). Don’t talk age, religion, politics, income and spending habits. Feel free to comment on the weather or public events happening in the city. And don’t spare compliments if you can see they have a beautiful garden.

Actually, make it more of a casual gathering.

But even if you like the idea, chances are you won’t make it. You’ll be so busy with so many things after you’ve moved in, so you’re likely to keep postponing it until it makes no sense to throw a party as a newcomer. Of course, you can always do this, but if you want to organize a party to meet your new neighbors and introduce yourself, you should do that not long after you’ve moved in.

So don’t postpone it, instead keep it simple. Your neighbors have probably moved as well at some point in their lives and they know what to expect – and what not to expect. So don’t overthink, over-plan and over-prepare. Just dive in.

This is a wise move on two different levels. You obviously want to be available and also have who to call in case you ever need it. But at the time, this is a way to show your neighbors you’re eager to trust them and to earn their trust as well.

This might take a bit of time while you settle down properly, but make sure it doesn’t take too long. What are you passionate about? Have you considered volunteering or getting involved with your child’s school? Such activities will help you connect with like-minded people or at least with those you share common goals with.

Go online in order to connect with new neighbors

Make sure you don’t get lonely. Not in your new neighborhood. Even if you are moving all by yourself. In today’s world answers to all your questions are to be found online. So if you’re not sure how to go about connecting with your new neighbors, just go online. Search for groups, communities, and places where you could meet like-minded people. You might actually discover a next-door community of people who share your greatest passion that way.

What’s the best way to start? Do you have any social media handles? Are you on Facebook, Twitter or Instagram? Use search and hashtags to find local topics, groups and people around you. Once you’ve found them, don’t hesitate to reach out.

Don’t hesitate to invite them over

If you find out that you have a lot in common with a neighbor, don’t hesitate to invite them over or suggest you grab a cup of coffee. Yes, they might be too busy or not interested at all, but if so, what’s a big deal? You might not be so comfortable around new people and not too happy if they’ve turned down your kind invitation, but at least you gave it a shot. What would happen if you’ve never tried to do anything?

Sometimes, no matter how hard you’ve tried, you’ll find out things don’t work. Some people may not be that friendly or they just don’t feel like meeting new people, at least at the moment. Be kind, but respect their privacy. One day they might change their mind – or might not. Whatever happens, if you’ve done your job, the rest is up to them.

0 responses on "How to connect with new neighbors?"